Travis Hudson has become one of the most successful coaches in all of college sports. As the Western Kentucky University volleyball coach, he’s built a program that perennially finishes in the Top 25 and more often than not, wins its conference championship.

Hudson himself has won numerous coaching honors and has plenty of trophies with his name stamped on them. He’s been coaching for 25 years, recruiting year-round, and working to continue the success year after year. He’s even cemented himself as an inductee into the WKU Hall of Distinguished Alumni.

By the standards of our society, many would look at him and say his purpose is coaching and winning games. Not him.

“My purpose cannot possibly be to win another game,” he told me during an interview last Fall. “That can’t possibly be what I was left here to continue to do.”

If you knew Hudson’s story, you’d see why.

He underwent two surgeries for melanoma that, if caught just a few weeks later, would’ve entered his bloodstream. Then in 2010, he saved his team from a possibly deadly bus crash. The driver suffered a heart attack while behind the wheel, so Hudson quickly grabbed the wheel to bring the bus to a stop before it entered oncoming traffic.

In 2018, he suffered the scariest of heart attacks — the widow maker, as it’s called — and nearly lost his own life.

“Purpose” is often synonymous with what we do; but through the lens of Jesus, it really should be more focused on why we do something.

Consider the Best Model of Purpose

As a student at WKU, I was always impressed with Hudson’s success on the court and ability to consistently win at a high level. If you asked me then, I would’ve said the same thing — his purpose was to coach and win games.

But Hudson is the kind of coach who has been to countless weddings of his players, who would fly out to Hawaii to be in the hospital with a former player who was injured in a hiking accident, and who would offer to pay the college tuition of a student who ended up as a bone marrow match for a player with cancer.

All of that just scratches the surface of who Coach Hudson is, but to me, he embodies what it means to be a man of purpose. He is focused on the why over the what. Really, he’s even more focused on the who, and it’s not himself. It’s God and other people.

Being a man of purpose involves serving others with a humble heart. It’s being faithful with your finances and stewarding well what God has given you (Psalm 115). It’s carrying yourself with character, integrity, and fidelity. It’s doing all of this with a grateful heart.

The best model for this, obviously, is Jesus.

What it Looks Like to Be a Godly Man of Purpose

There’s not really a Proverbs 31 Woman equivalent for a man, but if we study the life and behaviors of Jesus, we can build a profile of what it looks like to be a Godly man of purpose. It’s being in touch with God and His Word and serving others. It’s laying down your life for others and your family.

We live in a society that rewards and even encourages self-indulgence. Countless self-help books fly off the shelves as we look for the next hottest method to become a “boss” and be our best self. This can often spark a new desire to change things up and find out what we really should be doing with our life.

It can be challenging to resist the urge to make it all a self-serving endeavor. We want to be proud of what we feel we are called to do, and we want people to know we’re proud of it.

What we do in life is supposed to glorify God, not shine the light back on ourselves. It’s all a matter of intentionality and reframing our heart to be one of service to others rather than ourselves.

Remember You Were Made in His Image

It’s important to remember that God made man in His image. Because of that, we all have a purpose. Every person has a specific calling for their life that God has set aside for them.

But even as far back as Adam and Eve in the Garden of Eden, we’ve gotten it all wrong in terms of living out our purpose. We get greedy and want things that weren’t intended for us instead of being grateful for what we have been given.

We think of ourselves first, then God and others second. We see how this worked out for Adam and Eve.

Relate Your Work to Your Purpose

“Work” as it relates to our job and our “status” often creates in us a skewed idea of what our identity is and who our identity is in. But we must remember that we were in fact created with an inherent desire to work. We see this in Genesis 2:15.

“The Lord God took the man and put him in the Garden of Eden to work it and take care of it," the verse says.

Our purpose was to live in unity with God and to work to fulfill our souls and our bodies. We are called to give glory to God in all that we do, especially our work.

That means when you’re in the office, serve others before you think of your own needs. Avoid office gossip or shady business practices. Operate with integrity behind closed doors with customers and other co-workers.

Even when you go home and do something like lawn work, take great joy in caring for your home. Thank the Lord for what He has given you. Something as simple as mowing the lawn can be service toward others. You’re caring for your home, which serves your family.

Everything is about what your intentions are. Really, it’s less about being “of purpose” and more about doing things “on purpose.”

Perhaps the greatest lie Satan ever told was when he told Adam and Eve in the Garden that if they ate the forbidden fruit, they would be more like God. What they didn’t realize is that they already were like Jesus. They were already here on purpose for a purpose, yet they still chased after something that didn’t belong to them.

They operated without character or integrity and without a grateful heart.

Without a grateful heart, we will always struggle with being content. Without contentment, it becomes almost impossible to carry out the other virtues that allow us to fully experience God’s purpose for our lives.

Last season, WKU volleyball reached what was arguably its highest point of success in Hudson’s 26-year tenure as head coach. For the first time ever, WKU got to host an NCAA Tournament game and earned a major matchup with in-state rival and fellow powerhouse Louisville.

After all of his success, the only thing he had wished for was to see Diddle Arena packed out for a volleyball game, and he got his wish.

WKU ended up losing on a heartbreaker in five sets. It would’ve been easy for him to focus on the what-ifs and dwell on the loss, but I continue to be struck by what he said after the game. He spoke of going home to hug his kids and his wife, telling them he’s missed them, and thanking God for the blessings he experienced over the previous year.

“You know, I walked away thinking to myself...‘at what point do you quit asking for more?’” he said. “Like, at what point are you just grateful?”

The battle of doing more versus being grateful will likely be one we constantly fight as we seek to live out a life of purpose.

Ultimately, what Adam and Eve’s mistake shows is that being a man of purpose does not come from what we do, it comes from the fact that we are created in the image of God. It means trusting that God’s promises are true.

It means living with character and integrity and humbly serving others with a grateful heart. 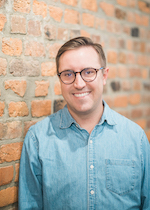 Cole Douglas Claybourn is a writer and podcaster living in Bowling Green, Kentucky, with his wife, Emily. Cole teaches high school English and is the host of the In No Hurry Podcast. His work has been featured in RELEVANT Magazine, Sports Spectrum Magazine, Outreach Magazine, Think Eternity, and USA Today. He enjoys telling stories of where faith and creativity intersect and sharing his story to help Christians navigate through their own journey. You can also find his work at coleclaybourn.com.

This content first appeared on Crosswalk.com and is used here with permission. To view the original visit: https://www.crosswalk.com/faith/men/how-to-become-a-man-of-purpose.html