If you were to ask some people the question above, the answer would be a resounding yes; others might answer with a resounding no. But it is a debate that has continued to be fueled as our society seeks out anything that could be considered sexist and anti-women.

For those who believe the Bible is sexist, they could point to God being a man (instead of Mother Earth), the Scriptures detailing the role of women being submissive to husbands, and even the Law requirements that separate what women and men had to follow.

However, if we were to closely look at different stories of the Bible, we will find empowered women facing off against ruthless kings, leading nations of people, and even being the virgin mother of our Lord and Savior. When we read these stories of amazing women that are at the same level of faith and resilience as men, we can see that the Bible is the opposite of sexist, but celebrates the capabilities that God has given women to be the strong leaders they can be.

Is the Bible Sexist?

The word “sexism,” according to Merriam-Webster Dictionary online, means “prejudice or discrimination based on sex (especially toward women): behavior, conditions, or attitudes that foster stereotypes of social roles based on sex.”

Sexism has recently been acknowledged more in the media because of situations in the workplace, in politics, in entertainment, and even within the home life. As the old Ether Merman song goes, “Anything you can do, I can do better.”

Some could say that from the very beginning of the Bible, in the book of Genesis, women are portrayed as weak and easy to manipulate with Eve succumbing to the temptations of the serpent to eat the fruit. And then she gives the fruit to her husband Adam, who goes on to blame her for their sin to God.

However, the belief that the Bible is sexist means that the Bible hasn’t really been read for the treasure trove of stories it has of strong, empowered women who took part in accomplishments even the most feminist individuals could say they applaud.

Examples of Strong and Empowered Women in the Bible

Let’s start by looking in the Old Testament and viewing the lives of three women in the Bible who conveyed strong personalities and strong reliance on God:

Hannah: Some might miss the short discussion of Hannah’s life at the beginning of the book of 1 Samuel, but what Hannah’s story reveals most is a faith in God to make miracles happen while dealing with one of the hardest things in her life: infertility.

Instead of allowing grief to consume her and turn her into a bitter woman, Hannah went to the temple and worshipped God, vowing to give her first child as a servant to the Lord if she were to become pregnant. And when God gave her this blessed child, she kept her vow (probably going against what most mothers would do) and released the child to the Lord’s service in the temple. This child went on to become the great prophet Samuel, while Hannah was blessed by God with several more children.

Ruth: Ruth represents a woman of perseverance during difficult times as well, as she lost her husband, brother-in-law, and father-in-law in a short amount of time. She made the choice to go with her bitter mother-in-law Naomi back to Bethlehem, even though she was not from there, and also chose to work in the fields to gather food for her and her mother-in-law instead of starving.

Ruth showed her strength in being willing to work for food and not expecting a handout. God blessed her through her union with the proprietor of the fields, Boaz. Their child became lineage to that of King David and Jesus Christ (Ruth 4:17-22).

Esther: Esther is, by far, one of the most recognized women in the Old Testament, even told by her Uncle Mordecai, regarding her current position as queen, that “who knows whether you have come to the kingdom for such a time as this?” (Esth. 4:14).

In the time period Esther lived in, women were seen as extensions of men, while being Jewish (her heritage) was not highly regarded. However, King Ahasuerus saw something in Esther and when she boldly came to her king and husband to request his presence, he agreed. She went on to expose the evil intentions of the king’s right-hand man Haman to kill all the Jewish people and helped restore peace to the land and for the Jewish people.

Mary: Who could say the virgin Mary wasn’t someone to admire for her willingness to carry God’s child, even though it put herself and her future husband Joseph in a difficult position? But instead of being fearful when the angel of the Lord told her of God’s plan for her, she calmly and confidently said, “Behold the maidservant of the Lord! Let it be to me according to your word” (Luke 1:38).

She went on to follow her son, Jesus Christ, through His three years of ministry, and was even present at the time of His death on the cross, knowing all along this was God’s plan and standing firm in faith to let it happen.

Elizabeth: At the same time that Mary learned she was to bear the Savior, her cousin Elizabeth was also pregnant with a special child, the future John the Baptist. Deemed too old for children, God used Elizabeth and her husband Zacharias to bring forth a child that “will also be filled with the Holy Spirit, even from his mother’s womb” (Luke 1:15).

John even jumped within Elizabeth when Mary came to visit her, as the sound of her voice caused the baby to be joyful. And Elizabeth was part of this process by helping encourage Mary of the mission God gave them both, part of orchestrating God’s great plan of redemption on earth.

Mary Magdalene: Talk about being a woman among men. She was part of the twelve disciples with Jesus, following Him as He went from town to town sharing the gospel with everyone. What Mary might be most recognized in the Bible for is being the first to see the empty tomb of Jesus on the third day, sharing with the disciples that His body was gone.

However, Mary’s story is one of strength, as Jesus healed her from demonic spirits (Mark 16:9) and she went on to minister to men and women alike, attesting of Jesus’s power and miracles. She is also credited for being the most loyal to Jesus, even when His disciples had given up on His return (Mark 6:11).

What these three women have in common is that God can see the strength and capability in women others would deem ordinary, to do the extraordinary.

What Should We Do When We Think We See Sexism or Partiality in the Bible?

Although these stories show readers how God thinks the most of women and men, seeing strength and capability in both sexes, there will always be people who will find “evidence” of sexism within the pages of God’s Word.

If someone were to come up to you, for example, and say that Adam and Eve is a blatant example of sexism, you could easily point out that God made Eve after determining “it is not good that man should be alone; I will make him a helper comparable to him” (Gen. 2:18). Not to be a servant to him, but someone who is comparable to him, at the same level.

Read the text that someone (or yourself) might have issues with, and try looking at it from multiple translations. See what the person (or you) thinks, and how sexism might be interpreted from this passage. What you will discover instead is that God believed in women as much as He did in men, seeing they were able to do anything because God created them to be leaders in faith.

It is easy in the world today to look at everything with the perspective of sexism, as society has ripped apart seemingly innocent literature to show examples of the discrimination against women.

However, when it comes to the stories of the Bible, there are more examples of strong, resilient women who didn’t stop short of great achievements because they felt they weren’t able to accomplish them. They went forward, believing God would strengthen them to take on these great responsibilities, and in turn inspired women generations later to believe they can do anything through the strength of Christ.

So, if someone says the Bible is sexism, sit them down and tell them about Esther, Ruth, and Mary. 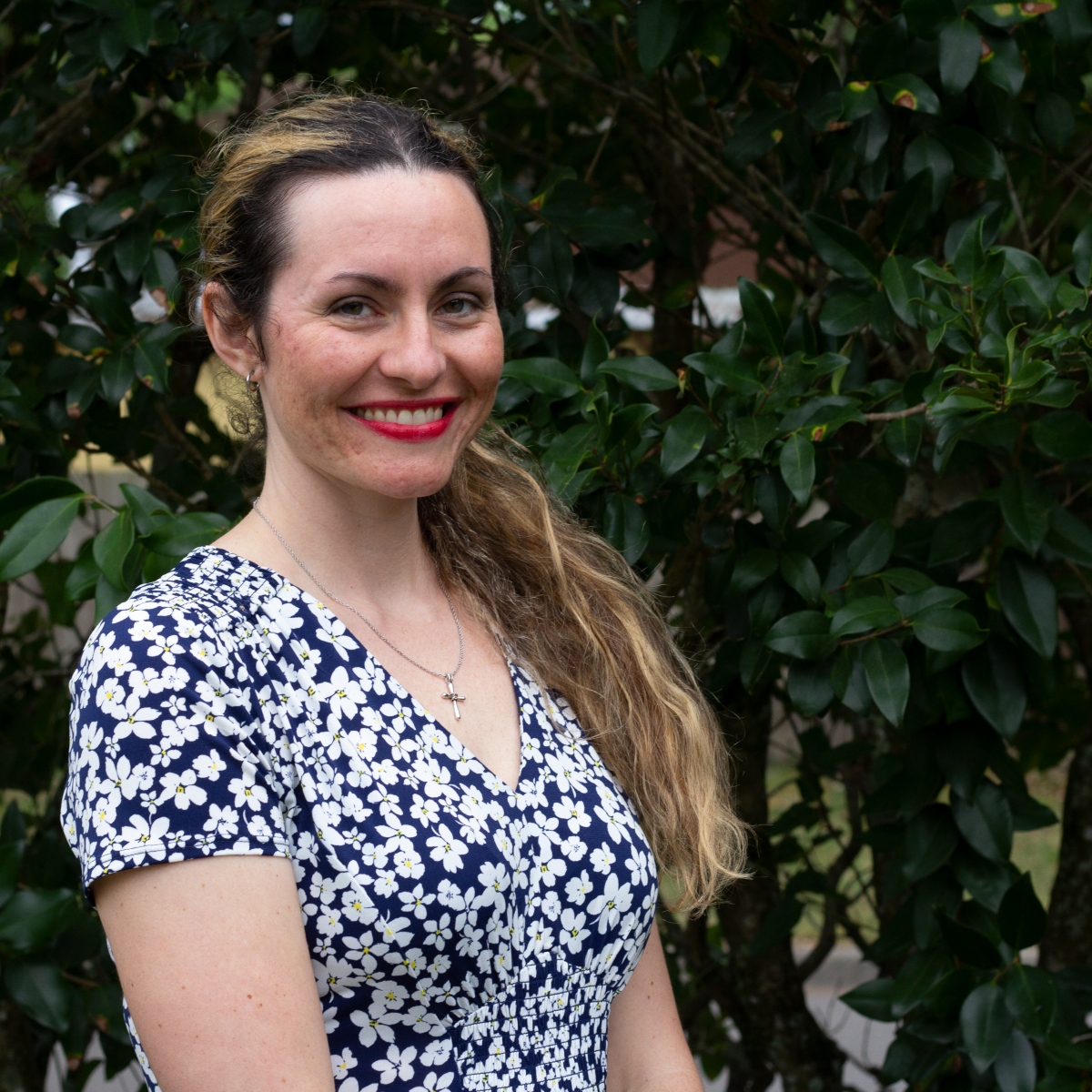 Blair Parke is a freelance writer for BibleStudyTools.com and freelance book editor who wrote her first book, "Empty Hands Made Full," in 2021 about her journey through infertility with her husband. She previously worked for eight years with Xulon Press as an editor. A graduate of Stetson University with a bachelor's in communications, Blair previously worked as a writer/editor for several local magazines in the Central Florida area, including Celebration Independent and Lake Magazine and currently writes for the Southwest Orlando Bulletin. She's usually found with a book in her hand or enjoying quality time with her husband Jeremy and dog Molly. You can order her book at Christian Author Bookstore - Xulon Press Publishing and visit her website at Parkeplaceediting.

This content first appeared on BibleStudyTools.com and is used here with permission. To view the original visit: https://www.biblestudytools.com/bible-study/topical-studies/is-the-bible-anti-women.html