I attended college in the 70s which possessed a few practices that flourished during the 60s. Smoking marijuana was one of them and I, in my emotionally and spiritually strained state, indulged a few times. From those experiences, I learned that smoking pot could lock me into driving 30 miles per hour in a 55 miles per hour zone. As other cars raced past my car full of complaining passengers, it was impossible to accelerate into the flow of traffic. Other times, marijuana produced a strange state of paranoia, full of obstinate self-protection from everyone who might harm me, which I was convinced was everyone. It was not pleasant and far from what I was told pot would do for me. So, I quit.

Because of those experiences in the 70s, I might be able to say I know what it is like to smoke or eat marijuana in 2021 but I do not. In those days, both shame and the illegality of pot were behavioral restrictions that do not exist today in many states. It is also extremely different because aside from the 500 other chemicals in marijuana, the mood-altering chemical, THC is around 14 times more potent than that distributed in the 60s and 70s.

We also were without long-term studies on the negative impact of marijuana consumption. Nor did we have the internet facilitating massive dissemination of misinformation supporting the myth that marijuana is harmless and helpful to all people of all ages. It is not. What it is, is confusing.

When the adult world legalizes a substance or a practice, there is a mistaken belief that whatever is legal is good. When someone participates in something, and it does not create short-term observable negative consequences it is considered harmless. Adding to the confusion with marijuana is the medicinal use of it.

The assumption is that if the medical community is prescribing it, it must be a health-enriching substance safe and good for all. These things make a stance about marijuana or the practice of using it very confusing. It is important that parents not be confused and discuss marijuana with confidence and clarity before the first opportunity to use ever happens and especially when a child is a pot-smoking teen.

If a parent does not have clarity about the issues of pot-smoking, they will have no credibility with a child who is either considering smoking pot or is already thick into it. Here is what can help with parental credibility. First, the legality of a substance for adults does not make it legal or safe for adolescents. Marijuana is never good for a forming and developing brain that won’t be fully functioning until well above age 20. Marijuana is also detrimental to performing the functions needed from the brain such as studying, concentrating and relating and using good judgment. The younger the user the greater the impact.

Secondly, not all things that are legal are good or right. Divorce is legal but it is not a good choice. In some instances, it may be the lesser of two evils, such as living with a serial adulterer or leaving, but it is a painful process that more often than not puts women into poverty and increases the likelihood of all sorts of negative outcomes in young people such as early depression, unmarried pregnancies and suicidal ideations.

Debt is legal but good in only a few circumstances. Eating a stick of margarine and a cup of sugar are legal but not healthy. It is legal to have an abortion but if you have ever seen a sonogram of the baby in the womb, you know it is not removing a blob of tissue but killing a life. Legality is not a Good Housekeeping seal of approval and ultimate health.

It is important to know these things and confidently communicate them, but when all of the friends are using and pressuring a child to use, it is extremely rare that it would be enough to prevent a child from succumbing to peer pressure. It seems the only thing that has any chance of making a difference is a vital connection in a redemptive relationship.

There was a time when the source of a problemed teen was “the wrong crowd”. Today, there are thousands of “wrong crowds” online. Social media and the internet at large provide millions of options to derail a child. Innumerable temptations and screen upon screen of misinformation combined with thousands of toxic tribes and affinity groups, create a social contagion that scoops up children into everything sick and destructive in the superficial world of “anti-social media.”

The child who searches for something better than what they have at home is easily lured into options that only provide pain. The only hope repairing the ruptured connection, then rebuild and strengthen it. You cannot do that if all you do is talk. You have to be willing to and want to listen.

Discovering a child is smoking pot and then allowing them to take the car or hang out without limitations is a huge mistake. Most likely they have smoked pot for some time without being caught or experiencing short-term consequences. Don’t perpetuate the myth that it is not harmful. Limitations, restrictions, and grounding are all appropriate when a teen is breaking the law and damaging their future.

This child is your child raised under your roof and you know a lot about that child. What you need help with is knowing how to respond. Not too harsh and not too passive. Directive but not demanding. There are people who have spent their life studying all of this, waiting for you to contact them.

A pot-smoking teen needs help beyond what a family can do or even know what to do. Reaching out and getting help for you and the teen is not a sign of weakness, but a bold act of humble willingness to do whatever it takes to help a child. The sooner the better.

The latest research reveals that marijuana consumption does not usually become a gateway drug more deadly substances, but it is a gateway drug. It is the gateway to escaping reality, numbing pain and leaving some painful realities unattended and resolved. Often shame prevents a parent from asking for help. The real source of shame would be neglecting to do whatever you could do to help your child become free of a very unhealthy habit. 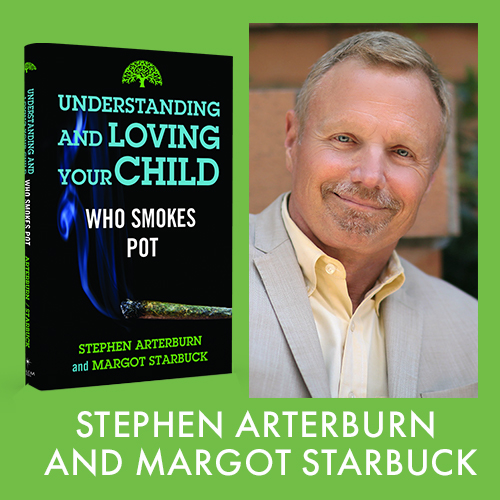 Raising children is the hardest it has ever been, and best-selling author, counselor, and family expert Steve Arterburn is providing parents with tools to tackle today's issues. Understanding and Loving Your Child Who Smokes Pot will give parents methods they can use to connect with and support their children who use marijuana. These tools will equip parents to avoid conflict and shame while they continue to love and guide their child.

This content first appeared on Crosswalk.com and is used here with permission. To view the original visit: https://www.crosswalk.com/family/parenting/how-to-understand-and-love-a-pot-smoking-family-member.html