Have you been dreading “The Talk” with your kids? You know the one I’m talking about. It’s the talk about “the birds and the bees” which actually has nothing at all to do with birds or bees. Let’s call it what it is. We’re talking about sex.

It’s the subject that makes every parent sweat and every kid squirm, but I believe there’s a different way to tackle it. Not only is sex one of the most sacred and important topics we need to teach to our kids, but the conversations surrounding it can also be one of the most powerful and unexpected ways to truly build trust and connection with your kids.

When we do it right, “The Talk” (or rather, “The Many Talks”) about sex can foster a unique bond of trust, mutual respect and connection between a parent and a child.

I have four sons ranging in age from preschool to high school, so there have already been many talks along the way. They tend to pop up at unexpected times. Recently, during bath time, my seven-year-old son innocently said, “Dad, today on the playground, one of the kids was talking about S-E-X.”

My first thought was, “I’m not ready for this! He’s SEVEN. I was planning on starting the sex talk when he was in his mid-thirties.”

I didn’t know if he knew it was a real word called “sex” or if he only knew of it by it’s 3 infamous letters (like the CIA or FBI). I smiled and calmly asked, “S-E-X, huh? What do you think that means?”

He thought for a moment and said, “My friend said it means when two people are boyfriend and girlfriend.”

In just a minute, I’ll tell you what I told my seven-year-old about S-E-X, but first, I’d like to address a few important points about how to start communicating with your children about these important issues. In no particular order, here are some things to keep in mind when communicating to your kids about sex:

1. They’re Hearing about it Much Earlier Than You’d Think

The internet has opened up a new world to this generation of kids, and consequently, they’re hearing about sex younger than any previous generation. According to multiple sources , the average age of first exposure to pornography is now around ten-years-old.

Our oldest son came home from his first day of 8th grade saying kids on the bus were sexting each other and sharing pictures of their genitals right on the bus ride. I’m thankful we’d cultivated the kind of relationship with him where he was comfortable talking to us about the real-life, unwanted sexual exposure he was experiencing.

We need to be a safe place for our kids to be able to talk and process their feelings and questions related to sex.

2. Our Kids Are Getting Mixed Messages

It should come as no surprise that the mix of messages about sex on the school playgrounds, the internet, Netflix and other easily-accessible sources is going to leave kids confused (like our son felt on that terrible bus ride on the first day of 8th grade).

This means we as parents need to be starting these age-appropriate conversations early and keep the dialogue going consistently through every season of their development.

We need to develop the trust with them from an early age that makes us (the parents) the safest place on earth for them to talk about sex (and everything else for that matter).

3. They Want to Be Able to Talk about Anything with You... But They’re Afraid You’re Going to Freak Out

Don’t freak out. Don’t’ hide from touchy subjects. You don’t need to have the “perfect” thing to say. Kids aren’t looking for perfectly scripted answers; they’re looking for your availability and authenticity.

When you get started, remember that the strategy isn’t about having “The Talk” but, rather, “talks.” When my dad had “The Talk” with me, it lasted around 30 seconds and he summed it up with the wise maxim, “Just keep your weanie in your pants.” Not bad advice, but our kids today need a lot more information than that.

As your kids mature, be willing to initiate open, honest, age-appropriate conversations. To help guide you through the specifics of these conversations, I’ve created a short video course with age-specific tools which you can find on the website for my new book, Raising Boys Who Respect Girls.

So, back to my seven-year-old son’s question about S-E-X, here’s what I said…

“Buddy, I’m so glad you feel comfortable talking to me about this. I always want you to be able to talk with me about anything. You’re going to be hearing a lot about sex from your friends and maybe on TV, and most of what you’ll hear won’t be true.

As you get older, I will explain more about this, but for right now, the main things you need to know are that sex is a beautiful gift God made for a Mommy and a Daddy who are married and it’s part of His perfect plan for making babies. It’s beautiful, but it’s also private, so just like you don’t talk about your private parts or other people’s private parts on the playground, you shouldn’t be talking about sex either.

If you ever have any questions about sex, or about anything, else, I want you to always feel comfortable asking me, okay? Ask me anything, anytime. We’ll talk a lot more about this as you get older. I love you, buddy.”

That was just one simple talk, but it was building trust and connection with him that will hopefully create a lifetime of talks even as the questions grow more complex and life gets more complicated. Teaching our kids about sex might sound scary, but it really doesn’t have to be. When done right, it can be a subject where you and your kids can develop new bonds of trust and mutual understanding. 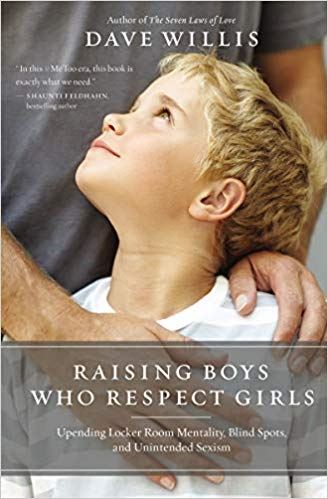 Dave Willis is a husband and a father of four sons ranging in age from preschool to high school. He’s also a prolific writer, speaker and podcaster whose popular relationship blogs have reached more than one hundred million readers worldwide. This article is a modified excerpt from his new book, Raising Boys Who Respect Girls.

This content first appeared on Crosswalk.com and is used here with permission. To view the original visit: https://www.crosswalk.com/family/parenting/reasons-to-openly-communicate-with-your-kids-about-sex.html