We need to inspire our boys to be brave. Many things are causing them to be more fearful, including many parents' fears of Covid. Take some steps in your parenting to promote brave decisions.

Bravery is not the absence of fear. A brave person chooses to take action even while afraid because it's the right thing to do. For example, one young boy watched a group of boys tease a girl about her size. He spoke out and said she might be bigger than any of them, but she wasn't as stupid. The boys stopped teasing and slunk away.

To make the brave choice, boys need to ask themselves questions: "Does it break a rule?" "Will it hurt someone?" Does it feel right?" Then they need to think of what action will be helpful and do it.

Consider how Thomas Edison remarked regarding inventing the lightbulb, "I have gotten a lot of results. I know several thousand things that won't work." He bravely persisted instead of considering himself a failure. His mother quickly taught him to read after his teachers had given up, sent him home, and declared him a failure who could never learn to read.

Boys need someone to believe in them. That starts with applauding when they stumble and get up as toddlers or encouraging them to ride a bicycle when they fall. Remind them they balanced at least for a few seconds, or they made it several feet. To encourage boys, remind them that you have faith they will succeed. Give them safe spaces to run, explore, and be curious, which also helps develop courage. Affirm efforts and celebrate successes.

You get braver when you exercise courage. Sometimes that means taking one step at a time or performing many small acts of bravery.

Let a boy know he can work his way up to be braver. Daniel feared roller coasters even though his big brothers encouraged him to try. He worked up the courage with a virtual coaster where you program the course, sit inside an enclosed container, and feel the simulated movement. He started with a straight track, then a curved one, and worked up to loops and sharp turns. Then he rode a real one.

Nurture brave acts with opportunities such as greeting a new kid, volunteering, raising your hand to answer a question, asking a store clerk a question, or joining a sport's team.

Children are always watching their parents and listening too. Show your courage during a thunderstorm, in speaking up, touching snakes at a zoo, and other actions that children perceive as brave. Show you will try again when you fail. And avoid negative talk like, "I am not good at math."

Involve sons when possible. When a category four hurricane came our way, and authorities told our zip code to stay home due to lack of room on the roads and patterns showing it would not hit us, we prepared as a team. We stayed in a large closet together, read the Bible, and prayed. When the crashing sounds stopped, we cheered. I took the oldest children to investigate the damage. They've bravely faced many challenges as adults.

Provide opportunities to overcome fears such as visiting petting zoos, reptile houses, and self-defense classes. Fill survival kits while sharing how to use the items and help clean up after a storm. 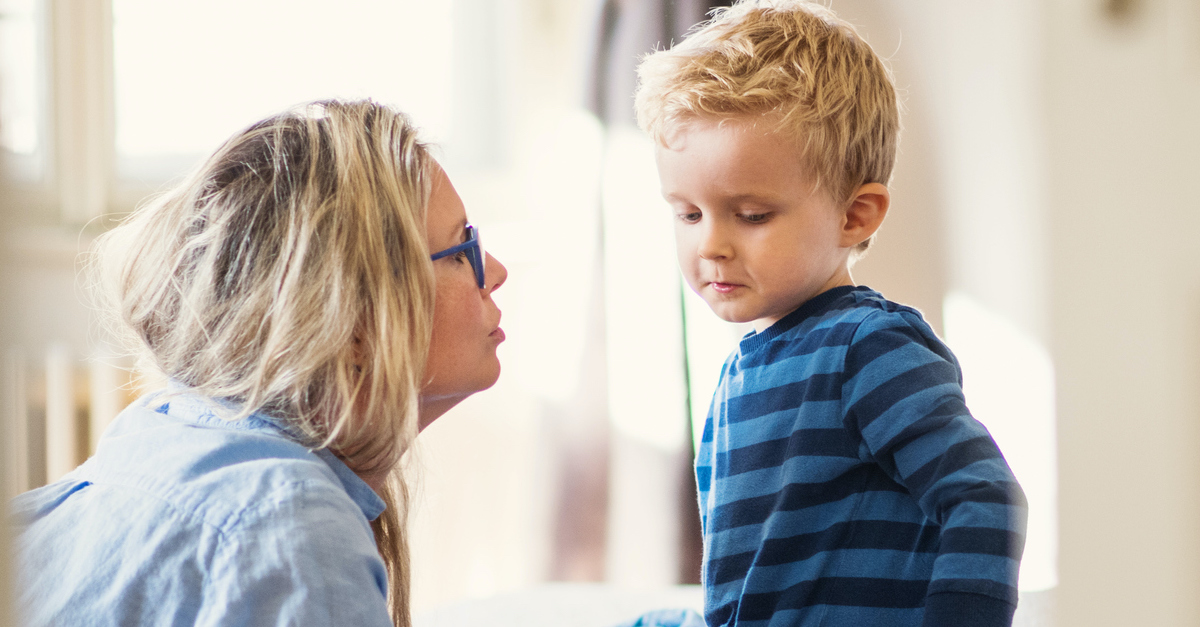 Reinforce courage by applauding when a boy steps out of his comfort zone, persists in trying and succeeds in facing a challenge. This builds confidence and affirms the bravery they exhibited.

People don't simply climb Mount Everest. They start by climbing hills and then mountains. They condition themselves to face the cold and the heights and hike miles. Applaud a child afraid of bugs for holding a ladybug or ant. Snap photos of a son work turning off a circuit breaker or helping to put together a new piece of furniture. These all build skills that prepare boys to be brave.

Whether the courageous action is speaking up, especially for a shy boy, or hiking a long trail, give your son kudos. A high five, photo hung showing the brave action, or a special treat can make a big deal out of bold actions. Being involved in a boy's life allows you to see and reinforce the brave choices made and skills developed.

Reading about boys who demonstrated courage helps boys visualize someone making a decision and acting upon it in situations that needed valor.

Bibliotherapy is using books as therapy to help readers grow and develop. Books on grief help people cope with loss, books on phobias help people overcome specific fears, and books on courage can help boys build the confidence to face challenges. It's a way for boys to mentally explore the brave person's fears and steps in facing a situation with courage.

Read books like Choose Adventure, Devos for Brave Boys, The Hobbit, or Watership Down. Check out lists of books on courage and consider books that helped guys as they grew up. Read the books as a family and discuss the emotions, actions, and what inspired the bravery.

When boys study insects and discover harmless ones, they dare to get close up and study those bugs. They also learn to take precautions around harmful bugs. When boys recall times they faced their fear and showed courage, it adds to their personal knowledge bank of memories and gives them the confidence to face a new challenge.

If you read together about a boy that saved someone from choking, share how to help someone in that situation. Role-play situations like how you would stop a car if the driver has a heart attack (yank out the keys and steer it to safety)? How would you react to a stove fire?

Buy some emergency kits and handbooks and show your kids how to use them. Read survival stories and discuss how to remain calm, call for help, and act quickly when needed, such as when stopping bleeding. 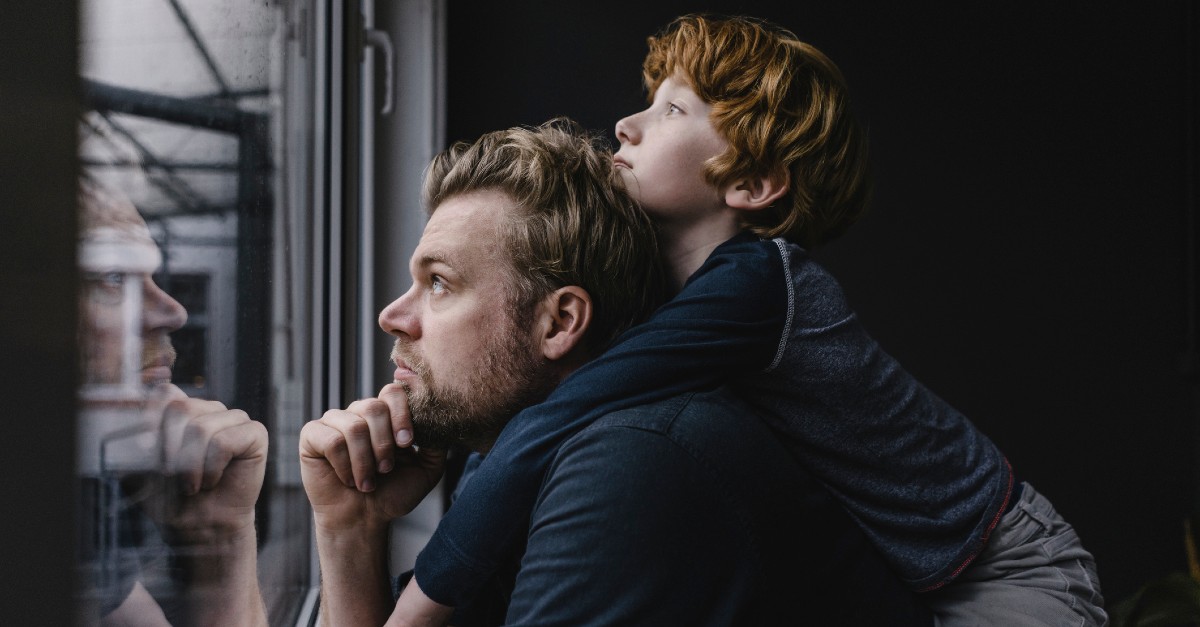 Share steps you take in making decisions. Trying something new is being brave, but preparing and understanding the risk is being wise.

One boy wanted a pet and read about many before deciding on a hamster. He read how the hamster may bite at first, out of fear, and needed to be tamed. He decided wearing a thick glove at first would help prevent pain to himself. The hamster bit, but not through the glove. As the hamster got used to his voice, he took off the glove. He tamed the pet and his fears, and they became great pals.

Brave is to be willing to try something new. It could be going through a corn maze or trying baseball. Looking at the map of the maze or studying baseball rules and practicing hitting a ball with a bat prepares a boy before deciding to do the activity.

Boys are often taught to ignore their emotions and not cry or be too aggressive when angry. Emotions are part of reactions, even in being courageous. A gut feeling can motivate a boy to help. Ask a boy how they really feel and listen when they share about the day. Affirm their excitement and other feelings they share. Not every situation will be a win, but opening up and processing the emotions prepares a person for other situations.

After meeting a new challenge, ask at what point his courage grew and how he felt after he conquered the fear. Asking how he feels helps a boy process emotions. It also affirms that it's okay to be in touch with emotions, rejoice over victories, share grief, and work to overcome negative emotions. In knowing and naming a feeling, boys can better cope with it.

When Michael climbed out of the deep end at water polo practice, he did his routine check to see if everyone got out. He noticed the team captain struggling in the water. He yelled for help and jumped in to help his teammate. Others responded and helped pull out the swimmer. Due to an undiagnosed heart defect missed in several sports physicals, the young man passed away. At home, Michael shared what happened, how fast they reacted, and his grief. It's important to process those feelings and know you did the best you could. Years later, when his wife froze at one of their children struggling in the pool, he dove in and saved their young child. 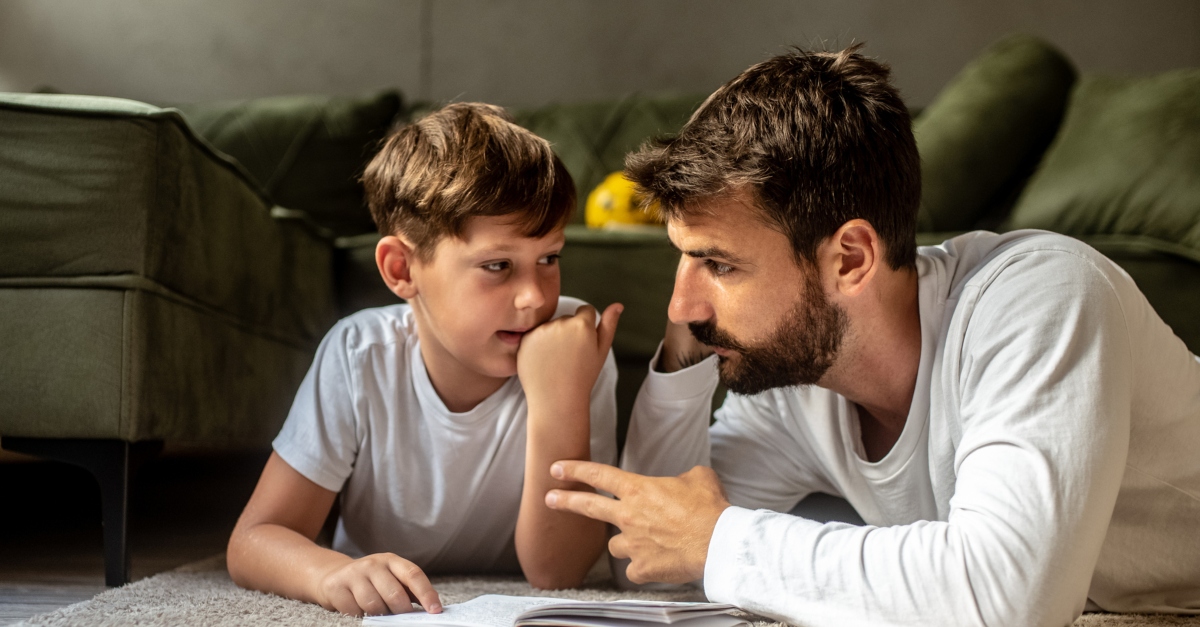 Love and concern can motivate someone to do heroic deeds. A young man realizes that they may sustain a smaller injury but chooses to save a life or expend time at the expense of helping someone who needed the help. The real stories of heroic young men show the result of developing courage.

Two teens saw a car crash into a tree and go up in flames. They chose to call 911 and raced to the car. They heard screams and knew the people were alive and trapped. They smashed a window, reached inside, unfastened the seatbelts, and dragged the people to safety. That meant deciding smoke inhalation and possibly burning a hand was less important than saving the lives of two strangers.

There may only be seconds to evaluate an emergency. Boys should learn to be alert, aware of their surroundings, and notice what is happening. That means keeping eyes and ears open and looking around. Boys need to assess situations, quickly consider plans and what might work, and then spring into action. It's good to teach basic emergency skills at home and enroll kids in first aid and other training when they are old enough. The more equipped a person feels, the more they will be ready to react with courage.

Building confidence and instilling knowledge in boys inspires courage. Bible characters also remind us that men are not naturally courageous. David shared that being a shepherd developed his courage, Moses shrunk at facing Pharoah and needed a pep talk from God, and Jonah ran from God's call in fear of the Ninevites. These stories provide lots of talking points for discussing courage with boys that can encourage them. Parents can do much to inspire courage by being involved in their lives and affirming brave choices.

Karen Whiting is a mom, author, international speaker, writing coach, and former television host who loves sharing ideas to strengthen families. She has written Growing a Mother’s Heart: Devotions of Faith, Hope, and Love from Mothers Past, Present, and Future. Check out her new book 52 Weekly Devotions for Family Prayer that includes a different way to pray each week plus stories and activities to explore questions children ask about prayer She loves adventure including camel riding, scuba diving, treetop courses, and white water rafting plus time at home crafting and baking.

This content first appeared on Crosswalk.com and is used here with permission. To view the original visit: https://www.crosswalk.com/family/parenting/ways-to-inspire-courage-in-boys.html